How Do You Describe Big Buddha Seeds Blue Cheese ?

It is recommended that you allow your Big Buddha Seeds Blue Cheese plants space while in its vegative or growing stages, they grow uniformly, producing fairly short, strong plants which become very bushy as they develop. Close internodes (branches) make this an ideal choice for indoor ‘Sea-Of-Green’ gardeners.

Veagative growth benefits from bending and pruning techniques, which enhance the side branching development, increasing yield at harvesting. Flowering time for the Big Buddha Seeds Blue Cheese takes between 8-10 weeks indoors, and comprises of a large main cola and respectable side branching, especially if you follow the super-cropping techniques that can be applied during growth and pre-flower. Outdoors, Big Buddha Seeds Blue Cheese will mature in the early part of November, ideal for a Blue Cheese Halloween party. 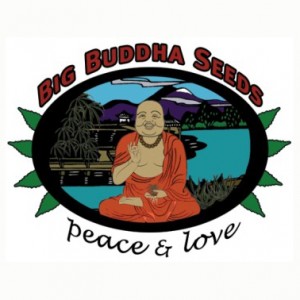 Although not considered a heavy hitting cash-crop, the quality is superb, as maturity approaches, a purple hue, or glaze can be seen around the buds, especially outdoors or in grow-rooms that suffer extreme changes in temperature, such as lofts and out-buildings that cool down considerably during the night and early hours of the morning.