A pure Indica strain with a wide selection of medical applications.

Considered an easy strain to grow, both indoors and outside, White Rhino can cope with cooler, damp conditions better than many other strains.

It can be cultivated using a wide selection of methods and techniques, including hydroponics, and as each seed is feminized and guaranteed female, there is no need to sex the plants, or worry about rogue males pollinating your crop.

With its stable genetics and hardy nature, White Rhino is an easy marijuana strain to cultivate, growing well both indoors and outside.

Requiring an average of 9-10 weeks to fully develop and mature, the strain isn't the fastest to ripen, however, the increased yields more than make up for the extra week in flower.

The strong, close lateral branches make it a perfect strain for both Sea-of-Green and Screen-of-Green growing techniques, responding well to super-cropping, topping and other low-stress training methods.

Harvests are good, averaging 14 ounces of the highest quality per square meter indoors, and up to 17 ounces per individual plant when grown outdoors over an entire season.

The buds are aromatic, with tones of woody earth and a sweet floral signature, while the thick, rich smoke is smooth with a creamy sweetness.

A highly recommended and popular strain, now available to buy in packs of 5, 10 and 20 seeds, all with guaranteed delivery and germination. 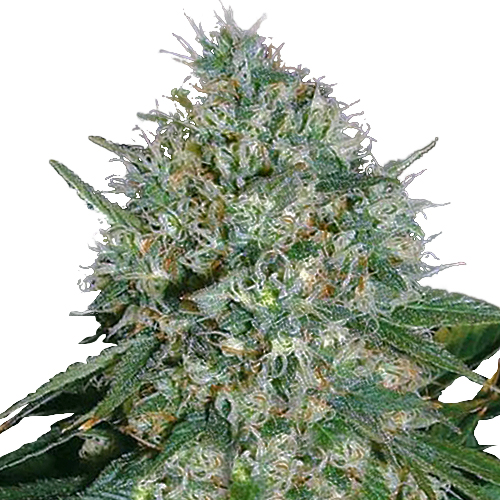