It has been reported year after year that smoking is the leading cause of preventable death in the USA. Most smokers understand and agree that it’s harmful and can lead to a number of health problems in later life. It is estimated that around 35 million people try to stop smoking every year, unfortunately statistics report that around 85% fail, many within the first week.

Past research has proven that smoking tobacco is highly addictive, both physically and mentally, forming both a habit and a dependency to both the act of smoking a cigarette and the consumption of nicotine. Breaking this addiction is difficult, especially once it’s become a habit and repeated over and over again, such as having a cigarette after a meal, or on a work break.

One of the best ways to stop smoking is to deal with the physical addiction and the act, or habit as two separate issues. A recent study conducted by University College London split 24 smokers who wished to stop into two groups. Both were given inhalers to use when they felt the urge to smoke. Participants in the placebo group inhaling just ethanol, showed little reduction in cigarette consumption or the urge to smoke. While the remaining group, inhaling CBD oil saw an average of a 40% reduction in the number of cigarettes smoked over the week test period without an increase in cravings.

“This is the first study, as far as we are aware, to demonstrate the impact of CBD on cigarette smoking. The reduction in smoking observed in this study was striking and occurred in the absence of other specific effects, notably on craving. Given the pivotal role of craving in relapse, this is a potentially very encouraging finding, in that participants using the CBD inhaler reduced the number of cigarettes they smoked without increased craving for nicotine.”

More studies are needed to conclusively prove that CBD oil can assist in stopping smoking, but the early finding suggest that by using an inhaler or vaporizer to inhale CBD oil not only will the habitual act be fulfilled, but the CBD will actively assist in reducing nicotine cravings, helping people to quit.

What Is CBD Oil?

CBD oil has no recreational value and unlike either medical or recreational marijuana, it won’t get you ‘high’. Good quality or ‘clean’ CBD oil as it is often referred to as, is made from industrial hemp, rather than marijuana plants as it contains extremely low, insignificant levels of THC, the cannabinoid responsible for altering the consciousness.

Studies have shown that CBD oil has a positive effect on the body, and could be used to assist in the treatment of a wide range of conditions and illnesses. Unlike natural marijuana, or marijuana based products, pure CBD oil has little or no THC, and so can be used as a medicine without the side-effects associated with marijuana when used for either medicinal or recreational purposes.

As an oil, CBD can be administered in a number of ways. The quickest and most direct method is to vaporize a few drops in a good quality vaporizer. Quickly entering the lungs it is absorbed into the bloodstream at the most efficient rate. Alternatively it can be administered orally, either by mixing a few drops into a drink, or for faster absorption, by placing a few drops under the tongue. It can also be absorbed directly through the skin, and although less effective, has proven in studies to assist in relieving arthritis pain substantially.

A number of studies have been undertaken to ascertain the viability of CBD oil in the treatment of other addictions including alcohol, cocaine and heroin to name just a few. Early reports suggest a direct link between the use of CBD oil and a decrease in both dependency and the physical side-effects of withdrawal, suggesting that CBD oil may be beneficial in helping to reduce addiction to a wide number of drugs.

A study conducted at the University of Montreal concluded;

“A limited number of pre-clinical studies suggest that CBD may have therapeutic properties on opioid, cocaine, and psychostimulant addiction, and some preliminary data suggest that it may be beneficial in cannabis and tobacco addiction in humans.”

Much of the research into the viability of CBD oil is being performed in either the United Kingdom, Canada or the Netherlands due to the USA’s current laws on marijuana and marijuana based products. Although researchers would love to perform both long and short-term studies on willing participants, the federal law still prohibits all uses of marijuana and could, if called to, arrest all those involved in its production, sale and use, even in states deemed legal by state law.

You can buy CBD oil online and enjoy all the medicinal benefits it offers. We offer some of the finest CBD oil for sale online. Produced by I Love Growing Marijuana, one of the world’s leading suppliers of marijuana seeds and products, this 5%, 10 ml bottle contains an average of 200 drops of 12 mg of CBD oil, and is made from clean, industrial hemp with an extremely low THC content, suitable for all ages and both day and night use.

If you want to quit smoking CBD may help with the physical withdrawal and vaping could reduce your cravings. 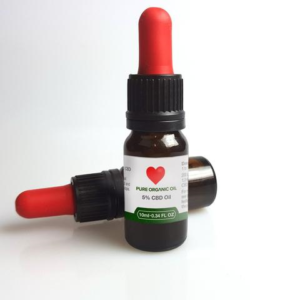