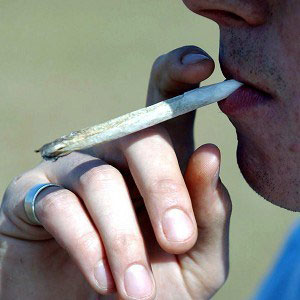 Cannabis is now apparently the cure for everything from cancer, diarrhea, bipolar disorder and Multiple sclerosis, to an ailing economy and even being a smart aleck teenager.

The latest chronic illness to get the chill-out treatment is epilepsy.

British scientists from the University of Reading tested a compound in pot called cannabidivarin on rats and mice with six types of epilepsy, and found it “strongly suppressed seizures” without the unpleasant side effects of current anti-epilepsy drugs.

With 1 percent of the world’s population suffering from the disease, the head of the research team, Ben Whalley, says there’s a pressing need for better treatments. “It’s a chronic condition with no cure and currently, in around one-third of cases, the available treatments do not work, cause serious side effects and increase fatalities,” he said.