Now that marijuana’s entering the mainstream, we get pot culture articles even from right-wing propaganda factories like Fox News. A culinary expert offers his negative opinions of marijuana’s taste in the latest cannabis coverage from Fox. 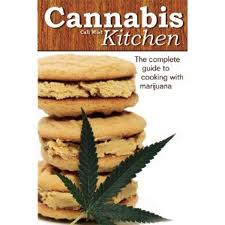 “StoveTop Readings” blogger and cookbook publicist Greg Mowery, Fox News tells us, has “worked with the country’s top cookbook authors and chefs for 25 years,” and in his opinion, pot is bitter, acrid and unpalatable Nothing in the taste of marijuana, according to Mowery, makes food taste better.

“My pot days are over,” Mowery said. “I’m not Bill Clinton. I’m not going to say I didn’t inhale. As someone who’s eaten plenty of pot-laced brownies, pot tastes awful.”

Now, granted, even among cannabis enthusiasts, many — perhaps most — don’t enjoy the richly herbal taste of good weed. But there are those among us, myself included, who love its taste. And there are plenty of cannabis chefs work intelligently to combine (or mask) the taste of cannabis with various foods, both sweet and savory, in an agreeable and creative fashion.

Cheri Sicard, author, “The Cannabis Gourmet Cookbook”: “I know less than a handful of people (and I know a lot of people who use edibles) who actually enjoy the taste of cannabis”

No less an expert than cooking author Cheri Sicard, who wrote The Cannabis Gourmet Cookbook, grants that the taste of marijuana’s not for everyone (herself included).

“I don’t like the flavor of marijuana in cooking, but of course it has great value medicinally and recreationally,” Sicard told Toke of the Town Tuesday afternoon. “I’ll put up with it for the trade-off.”

“I know less than a handful of people (and I know a lot of people who use edibles) who actually enjoy the taste of cannabis,” Sicard said. “So while I love cooking with cannabis and cannabis edibles, I can’t say it improves the flavor of the foods from a culinary standpoint, and my goal is always to keep the potency of the food while making the flavor of the marijuana as discreet as possible.

One can’t help wonder if Mowery has ever tried some of the thoughtfully balanced treats available to today’s medible-loving cannabis connoisseur.

could he be completely unaware of Sicard’s Gazpacho or her heavenly Molten Chocolate Lava Cakes? Has he ever tasted Elise McDonough’s Cheeto Fried Chicken or Chicken Andouille Ganja Gumbo? I suspect not.

According to Mowery, chopping, tearing or rubbing herbs releases their essential oils and enhances their flavor. You know how weed smells really strong when you’re breaking it up? Yeah, like that.

Do that with pot, he said, and you “bring out the taste of pot in the dish. Meaning you’re making it even more unpleasant.” Yeah, this guy’s a regular Eeyore of edibles.

If it were such a great cooking ingredient, says Mowery, after all this time there’d be some great recipes floating around. “To make pot taste good you have to disguise its flavor,” he says. “It’s not, you know, tarragon.”

If cannabis had “culinary value,” Mowery gives us to believe, people like Melissa Clark, Jamie Oliver and David Chang would be “featuring it on their menus or at least at private parties with friends. And the recipes would get out.”

Of course, the fact that marijuana is a Schedule I controlled substance under federal law probably also has a lot to do with celebrity chefs not using it — and Mr. Mowery, if you really want cannabis recipes, they already “got out” some time ago.