It was a close call, over 750,000 people elected to use their right to vote and by a majority of just 4,073 Marijuana will be legal for both medical and recreational use sometime in the new year, due to a recount that began Monday 5th December. Maine has always been very tolerant of Marijuana, allowing the use of Medical Marijuana for registered patients since 1999. The proposed changes will allow the recreational and medical use of Marijuana to be legalized for all adults over the age of 21, bringing it in-line with standard alcohol laws.

You Can Germinate As Many Seeds As You Wish. – There is no restriction on the number of small seedlings you can have growing at any one time. Seedlings must be no taller than 24 inches, no wider than 18 inches.

Have Up To Twelve Plants In Vegetative Stage. – Larger than a seedling, you can grow up to twelve plants and develop them prior to flowering.

Restricted To Six Flowering Plants. – You are legally allowed to have up to six flowering Marijuana plants at any one time.

Keep Only The Harvest From Six Plants. – Possession is limited to the harvest from six plants, if you are ready to harvest and still have some left over from a previous harvest, you must give this away or dispose of it prior to harvesting again.

Grow In Your Own Home. – You can only grow in your won home and not in a commercial property or office.

Outdoor Growing Must Be On Private Property. – Growing in parks, woods or public spaces is not allowed. Plants must be grown on private land and out of view from the general public.

Plants Must Have An Identification Label. – All plants must have a tag attached containing the plant owners name and driver’s license number.

With the changes in the law on growing Marijuana in Maine, it is believed many people will begin planting and growing their own medical and recreational Marijuana. As soon as the changes become law, you can legally germinate as many seeds as you wish, and start growing, with no restriction on the amount of seedlings you grow.

There are many different strains, as well as types of seeds to choose from, each offering a variety of tastes, aromas and highs. Choosing the right type of Marijuana seeds to suit your level of experience, growing environment and desires is paramount in achieving a good harvest.

Through our links with I Love Growing Marijuana we can offer the finest quality genetics in Regular, Feminized and Autoflowering form. 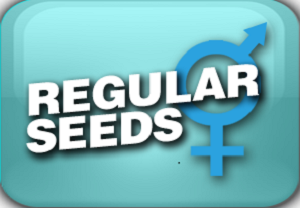 Marijuana plants are deciduous, this means the plant is either a male or female and their sex is determined by the genetics contained within the original seed. Until flowering begins, it is very difficult, almost impossible, to determine accurately which plants are male, and which female. While the female plants are the one’s the majority of growers want to grow, as they produce the cola’s and resin coated buds, male plants generate pollen to fertilize the female’s, creating seeds for the following generation.

Regular Marijuana seeds will require sexing, to determine which are male, and then separated to avoid early pollination. When the female plants are of sufficient maturity, introduce the male pollen to create your own seeds for later use. If you are considering growing clones, Regular ‘mother-plants’ are considered a better option than their feminized counter-parts.

Unless you wish to create your own seeds, Regular Marijuana seeds can reduce your overall harvest. The proposed changes in the laws on growing Marijuana in Maine suggest a maximum number of twelve plants in their immature or vegetative stage. As Regular seeds produce an average of 50% male-female plants, half your vegetating plants will not produce buds or flowers, and as you can only have six plants in flower at any one time, the chances are half your flowering plants will turn out to be males, reducing your total harvest by 50%. 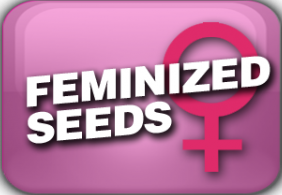 Feminized Marijuana seeds are the most popular form of seeds for both beginners and commercial growers, guaranteeing female-only plants, devoid of all male chromosomes. Each seed has been created to ensure it contains only pure female genes, and offers the assurance that each seed you germinate and sow, will produce a perfect female Marijuana plant with all the traits and attributes you expect.

For new and beginner Marijuana growers in Maine, we recommend buying Feminized seeds as the best way to ensure a worthwhile harvest. With each seedling guaranteed to mature into a female plant, no space is wasted, and the twelve, immature plants you are allowed to have at any time are all going to produce buds and flowers. While the six flowering plants will be devoid of male flowers, pollen or seeds, producing only the highest quality Marijuana buds.

Over the last thirty years the demand for Feminized Marijuana seeds has seen a huge increase, with Regular seeds losing their appeal. The choice and wide selection has added to their appeal, with almost all the most popular and sought after seeds available in feminized form. All of the Feminized Marijuana for sale from I Love Growing Marijuana are guaranteed to germinate and produce the highest quality, pure female plants, giving you 100% confidence in the sex of your seedlings. 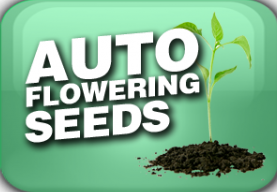 Developed as an easy, ‘throw-and-grow’ type of Marijuana plant, Autoflowering seeds are a very good choice for both beginners, and outdoor growers during the Summer months. Guaranteed female, these feminized seeds produce quality Marijuana buds in a very short space of time, and require little experience to produce a good harvest.

Unlike Regular and standard Feminized, Autoflowering seeds flower regardless of the number of hours of darkness they receive. Grown both indoors and outside they will grow, flower and bud simultaneously, eliminating the need for a change in light hours. On average, Autoflowering seeds will go from seedling to harvest in approximately eight weeks, with longer light hours producing bigger harvests.

Defining immature and flowering Autoflowering plants could be a problem for indoor growers, as these plants begin to produce their first flowers from approximately three weeks old, and unlike standard seeds do not have a separate vegetative period. However, they are a great choice for new, outdoor growers looking to grow quick and easy plants with good harvests during the Summer months.

Learn How To Grow Marijuana In Maine

The proposed changes to the laws on growing Marijuana in Maine will soon allow adults over the age of 21 to begin growing their own Medical or recreational Marijuana. If you are considering taking advantage of these proposed changes you will want to learn the best methods and techniques to grow your plants to their optimum potential. Indoor growers looking to maximize yields may buy certain strains, and use different growing methods compared to growers looking for plants that produce a fast harvest.

You can quickly gain all the knowledge and information you need to begin growing Marijuana in Maine by downloading the Marijuana Grow Bible written by Robert Bergman. Totally free, and without obligation, the Marijuana Grow Bible is packed full of the information you will need to successfully grow your own Marijuana. Learn the techniques and methods used by commercial ‘cash-crop’ growers to enhance their overall yields and quality. Understand the needs of your plants, learn when to cut and how to correctly dry them, locking in all that flavor and THC resin.

Learn How To Grow Marijuana In Maine.