What an hydroponics system does is it creates an artificial environment for the growing of your Sour Diesel seeds. Usually the indoor Cannabis growers are experienced with this system. 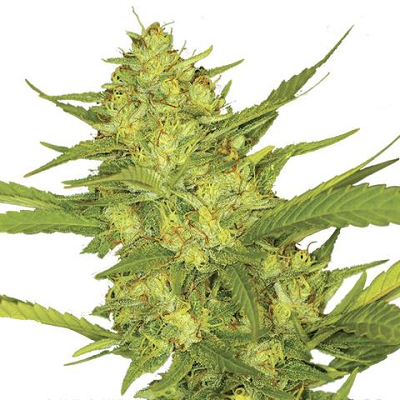 Growing Sour Diesel seeds in a hydroponics system, means that you grow your Marijuana in some other medium, different from natural soil.
However the hydroponics system contains not only the potting medium, but also the temperature control, the light and the nutrients. You have to replace nature in supplying the essential nutrients, such as Nitrogen, Phosphorus, Potassium, Calcium, Magnesium, Sulfur and all other micronutrients.
Hydroponics systems help the plants to absorb water, light, air and nutrients. That’s why the information about hydroponics systems is extremely important, especially if you’ve decided to grow Marijuana indoors.

One of the best developed hydroponics systems is the one which uses gauze. How it works?
Well, you take a piece of gauze (nylon for example) and leave it at the bottom of the growing container, after which you fill the container with substrate.

It’s also possible to put some more layers of gauze in between the layers and also fill them with substrate, which later will be absorbed by the roots through the drainage holes.

There are several hydroponics systems, three of the most popular and effective:

1. Ebb and Flow system – it’s maybe the most popular and cost effect one. Its function is simple and at the same time very effective. There is basically a reservoir full of the needed nutrients. A pump is attached to the reservoir, connecting the reservoir to the growing Marijuana plants. With the help from a special timer the pump stops when the timer shows that the watering and the nurturing processes are completed. The main advantage of the Ebb and Flow system is the time saving. It’s highly recommended for young people who don’t have enough time or their plantations are far away from their home and they can’t take care of their Cannabis all the time.

2. SOG and SCOG systems – these refer to Sea of Green and Screen of Green systems. Although they’re used mainly by commercial growers with huge plantation, these systems could be used in home conditions – you just need to have a special cannabis strain that’s able to flower more than once a year, such as high quality Sour Diesel Seeds.

3. There is also the option of a grow room on the table. In this case you receive everything which you need for the growing process at once. The prices vary according to the quality and the size of these grow-rooms. But an average set up with 8 units could be found at the affordable price of 300$.

Despite the fact that the hydroponics systems are cheap and effective, they hide some drawbacks as well. Sometimes it’s possible that these systems can fail and limit the flow of the water, which eventually leads to lower levels of oxygen and the occurrence of bugs and pests. That’s an obvious problem for Sour Diesel Seed growers and needs attention immediately.

In conclusion, the hydroponic systems could be used in large Marijuana gardens, as well as in small home indoor Marijuana grow rooms. It depends on the grower and their finances!