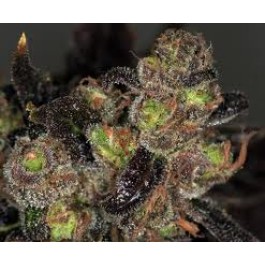 Flowering time is approximately 9-10 weeks, making it quite long for an Indica, however, patience will be rewarded with yields of between 300-350 grams per square meter of  heavy resin coated buds. Overall height is average, with most plants growing to be around 1.5 meters tall.

TH Seeds were established in Amsterdam in 1993, making it one of the oldest and most established Marijuana Seeds Banks in the world. Throughout that time they have gained and maintained a reputation for producing high quality Marijuana seeds and strains that prove to be both consistent and highly popular.

Th Seeds were the first Marijuana Seeds Company to import the Original Bubblegum strain into Amsterdam, from where it has been crossed with a wide variety of both Indica and Sativa Marijuana plants. Following the world-wide success of TH Seeds Bubblegum, S.A.G.E, or to give it the full title, Sativa Afghani Genetics Equilibrium, was released, where it took 3rd place honors at the 1998 Cannabis Cup for the highest THC content. Both these two strains are available as Marijuana Seeds, and have proven over many years and countless generations to be stable and genetically perfect for the Marijuana grower.

Discover the complete collection of Purple Kush Seeds below.