The Joint Doctor are famously known for its Lowryder Autoflowering strain which has provided the backbone for the advancement in the development of this third Cannabis variation.The Joint Doctor Autoflowering Seeds are the latest Marijuana Seeds available on the market today through our links and are no longer considered just a novelty thanks to the popularity of Lowryder extroadiary ability to flower regardless of the number of light hours received.

The Joint Doctor developed Lowryder Autoflowering Seeds and created  fast, stealthy Medical Marijuana Seeds easy for  growing.Lowryder strains are unique in that they are bred to grow fast almost anywhere and then flower automatically regardless of photo-period by virtue of their exclusive ruderalis genetics. The Joint Doctor’s Lowryder Seeds include the original Lowryder 1 which created this boom in automatic Marijuana strains and their latest addition The Joint Doctor Betty Boo. 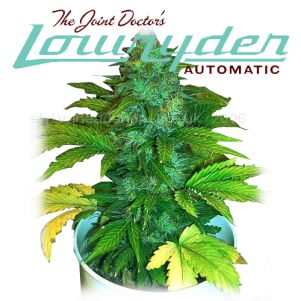 Lowryder is a fast and efficient plant which comes from a product of nine generations of selective breeding by The Joint Doctor.Lowryder claims direct descendance from superior Williams Wonder and Northern Lights no.2 indica, as well as a more exotic, virtually unknown short variety believed to be from “Mexican Ruderalis”.Lowryder does away with the vegetative growth phase, in a process called autoflowering.when planted, it sprouts, grows a couple sets of leaves, then immediately and automatically begins flowering (males at about day 17, females at day 20). As a result,The Joint Doctors are the quickest, most compact, and most discrete Marijuana plant available.To complement its distinctive characteristics, Lowryder has a lovely taste, and high, an excellent strain with substantial potency and good resin production. 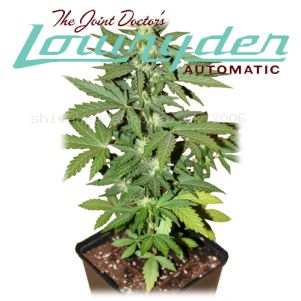 Lowryder #2 is the long-awaited successor to the Joint Doctors flagship strain Lowryder.The Joint Doctor quest was to improve the power,yield and flavour of his original variety while maintaining the unusual characteristics that made it such a big hit.Lowryder #2 has been infused with exceptional Santa Maria genetics, a variety known for copious resin production, exotic taste and soaring highs, it is an indica / sativa hybrid originally from Brazil. The cross was subsequently uniquely inbred for three generations.The result is an autoflowering dwarf that yields a wonderfully strong, head-turning smoke with intoxicating taste. The Joint Doctor have put strength and flavor into this strain  backed by copious resin production and much-improved yield and stability. Buds are fatter, tighter and more aromatic than The Joint Doctor Original Lowryder. 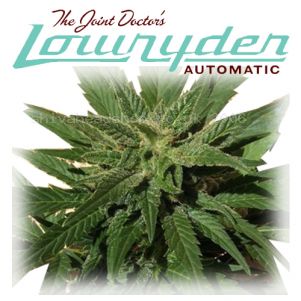 Diesel Ryder is the long awaited third instalment by The Joint Doctor,Diesel Ryder is a very potent,extremely resinous and delicious autoflowering plant. An inbred cross of Soma New York City Diesel and Lowryder #2, this strain will typically produce one main fat cola with less branching than Lowryder or Lowryder #2. Unlike most other Lowryder hybrids created by amateurs, in the guise of new seed companies, this Autoflowering strain has been worked on by The Joint Doctor and he has mastered the strain over the course of some years to ensure a fantastic hybrid that maintains the excellent taste and effect of NYC Diesel whilst taking the autoflowering genetics.Typical of all the Joint Doctor’s strains, Diesel Ryder flowers automatically at 3-4 weeks and finishes in 8-9 from seed. A small proportion of this strain will grow significantly taller than other individuals. The Joint Doctor is an excellent choice. 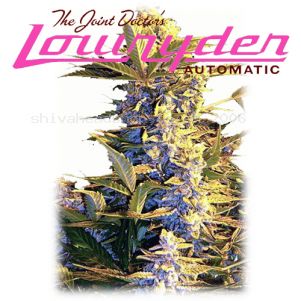 Easy Ryder is an satbilised cross between The Joint Doctor Lowryder #2 and an automatic AK-47 in which the two parents strongly exhibit their best genetic traits:Massive resin production, the fruity aroma (of a carefully selected Lowryder #2 phenotype), and the overall size and branching of the AK47 automatic.Easy Ryder poly-hybrid is another fully autoflowering strain and matures in 70-75 days from germination, achieving optimal size if given enough light (intensity and time). The Joint Doctor Easy Ryder should be grown in  20 hours of light and 4 of dark during the entire cycle. Outdoors this plant yeilds well and the best time to put your seeds in is may-august, but it’s easy to do multiple cycles per season, until November. The Joint Doctor easy ryder also grows well indoors under a 600w light. 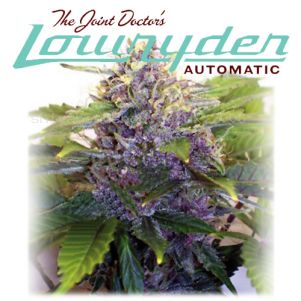 Blue Ryder originated from MDanzig’s compact 100% Autoflowering plant Masterlow/Blueberry hybrid,Blue Ryder is now produced and sold by High Bred and The Joint Doctor but has lost none MDanzig’s desire to create a fast Autoflowering strain with Blueberry characteristics in appearance and taste.Now we have the Lowryder strain that has preceeded it with a life cycle of just 8 weeks from Marijuana seed to bud.Blue Streak is Dj Shorts Original Blueberry Female crossed to Master Low Male, and then resulting females crossed again to Master Low Male. It has picked up the tasty fruity attributes of its Blueberry parent, whilst maintaining a short lifespan. This is not the heavist yielding autoflowering strain but it is one of the most fruity available online today. 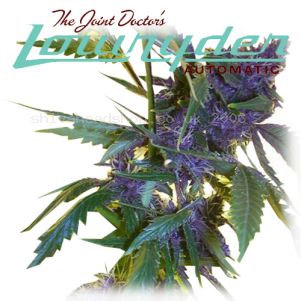 Purple Ryder is a beautiful Lowryder strain, especially bred by a subterranean enthusiast who is known underground by the name Mossy.The Joint Doctor Purple Ryder will throughout flowering the amaze you,the buds will undergo various colour transformations from pinks to blues and ultimately to purple, primarily in lower ambient temperature environments. These small, squat plants produce fairly large buds which become emblazoned with resin, giving an effect that is well balanced uplifting as well as relaxing for medical marijuana users. Purple Ryder is suitable for cultivation in a range of environments (indoors, outdoors, greenhouse) and is particularly notable for having an low odour and fast maturation time of about 9 / 10 weeks in all. 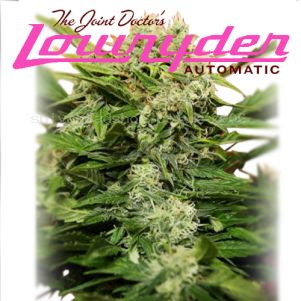 Chronic Ryder has been specially bred by The Joint Doctor for vigorous growth and high yields of superb quality. Chronic is a tremendously powerfull commercial strain from Serious Seeds and Cross breeding with Lowryder 2 has made these characteristics available to Autoflowering strain lovers for the first time. A legendary plant with numerous budding sites coated in resin.The Joint Doctor Chronic Ryder will only take 65 days from seed to harvest to reward you with a nice quality crop. She can reach THC percentages over 11% and will come with a very pleasurable physical stone.

Buy The Joint Doctor Seeds available in 3, 5 and 10 Regualr and Feminized Seed Packs.