A highly popular and sought after strain, easy to grow with a powerful euphoric high. 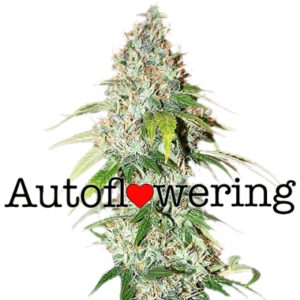 OG Kush is one of the most popular forms of marijuana available in the United States. It's origins, and even it's name is shrouded in mystery and open to debate. Now available as an autoflowering strain, it loses none of its characteristics, producing  unique tasting buds with a potent and powerful high that relaxes both medical and recreational users, inducing feelings of calmness and euphoria.

OG Kush autoflowering seeds can be grown outdoors from the beginning of Spring, through until late Summer. Requiring between 8-9 weeks to complete it's full cycle, allows for several crops to be produced during a single season. Indoor growers will find the variety easy to grow and manage, and by subjecting the plants to an 18 hour minimum light cycle, can produce harvests every 56 days.

Due to the speed with which these plants mature, and the combined vegetative and flowering stages, harvests are not as heavy or exciting as those produced from traditional seeds, averaging 5 ounces per square meter indoors, and approximately 5 ounces per plant when grown outside. However, the potential to cultivate several crops per year from the same space quickly adds up to similar, if not larger total yields, by the end of the growing season.

OG Kush autoflowering buds are identical to the traditionally grown variety, dense and compact, with an underlying lemon and pine aroma. Its earthy flavor has an almost BBQ-like undertone, while hints of lemon and fresh pine are also detectable. A highly popular strain, loved by beginners for its easy-to-grow nature, smokers for its hard, fast-acting effects, as well as medical marijuana patients looking for natural pain relief. 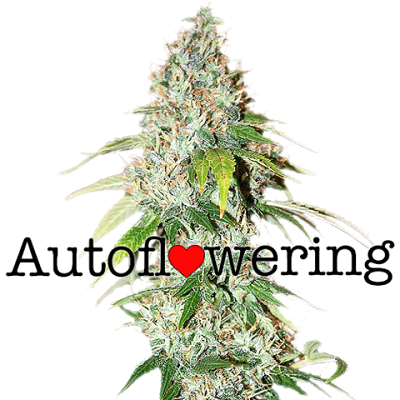