Medical Marijuana Seeds can be legally planted and grown in nineteen States within the USA. If you are licensed to grow Medical Marijuana or Cannabis, it is important that you buy the very best quality Medical Cannabis seeds, and that you grow and produce the correct strains, to help alleviate the symptoms they are best used for.

The medicinal properties of Cannabis and Marijuana have been researched and documented over many years, as our knowledge of Medical Marijuana increases, many health care professionals are now in agreement that for some symptoms, Medical Marijuana may provide some health benefits.

However, that does not mean that smoking Medical Marijuana will help to keep you healthy, in fact, if you burn it, rather than vaporizer or eat it, you are doing almost as much damage to your body as smoking tobacco.

Medical Marijuana seeds are now available that will help a wide range of ailments, from pain and stress relief through to appetite simulation after chemotherapy. As their use and popularity grows, more and more people are choosing to grow their own Medical Marijuana, purchasing high quality, reputable seeds from the very best Medical Marijuana Seed Banks.

If you are considering buying Medical Marijuana Seeds online it is important that you buy the best strains for your needs. With over 2,000 different, registered Marijuana and Cannabis seeds, finding out whether or not it’s suited to your needs can be time consuming. To make this process easier for you, we have listed the Medical Marijuana seeds best suited to each ailment. 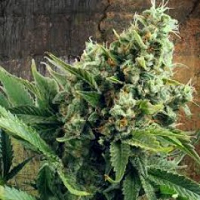 Medical evidence has shown that marijuana can help to reduce depression.Using medical marijuana as a form of prescribed medication negates the need for pharmaceutical, man-made drugs and replaces it with a natural alternative. Growing your own Medical Marijuana to help combat depression allows you to understand the origin of your medication, and what feeds and fertilizers have been used in it’s growth.

Medical Marijuana works in two ways to combat depression; Firstly, the THC stimulates a chemical within the brain called Anandamide. This controls a persons feeling of euphoria and well-being.Secondly it also stimulates a part of the neurogenesis section of the hippocampus. This can create new neurons which work to reduce both long-term depression and it’s effects.

Click the picture and learn more about Medical Marijuana Seeds for depression. 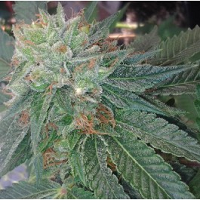 The effects of nausea after chemotherapy, HIV treatment or surgery can be controlled and reduced by growing Medical Marijuana seeds that are high in THC levels.The cannabinoids found naturally in the higher THC strains combine with compounds produced by the body to reduce the feelings of nausea, and increase appetite.

These strains provide a natural alternative when many of the standard nausea remedies fail, providing relief for weight loss sustained by medical conditions, or those suffering from a variety of eating disorders.

Tests have shown that inhaling the smoke or vapor from strains high in THC provides a quicker and more sustained effect. Discover more about Medical Marijuana Seeds to fight Nausea by clicking the picture.

Together with suppressing feelings of nausea, Medical Marijuana strains with high THC levels are also known to stimulate the appetite, often referred to as ‘the munchies’. Certain ailments and conditions attack the body, suppressing the appetite, which in turn, decreases their body weight and ability to fight the disease even further.

Several of the cannabinoids found in Cannabis and Marijuana stimulate receptors in the brain associated with hunger. This tricks the brain into believing the user is hungry, often inducing craving for sweet, sugary foods, rather than savory or complete meals.

Using Medical Marijuana Seeds to increase appetite can counter-acting the suppressed hunger produced by chemotherapy, man-made drugs and medicines, and has also been known to assist in the recovery of anorexia and other eating disorders. 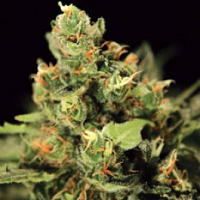 Medical Marijuana has been used for its pain relieving properties for centuries, recent studies at Oxford University in England have shown that it reduces activity in two areas of the brain, the mid-Anterior cingulate cortex and the right Amygdala, inhibiting the brains responses to pain.

Once inside the body the cannabinoids within Medical Marijuana act as an analgesic helping to reduce the feelings of pain.

Together with it’s anti-inflammatory and muscle relaxing qualities, many people suffering from arthritis, back pain, sciatica, muscle pain and neurophatic pain have found natural, long term relief and improve quality of life by growing their own Cannabis.

Learn more about which Medical Marijuana Seeds for pain relief by clicking the picture. 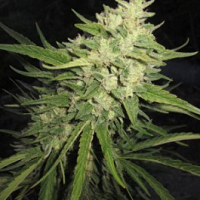 Endocannabinoids are compounds produced within the brain which trigger feelings of relaxation and well being. For some people these levels are lower than average, reducing their ability to relax and increasing their feelings of anxiety.

Cannabinoids found in THC work in a similar way, and so produces a more positive state of mind.

Many of the doctors in States within the USA, where Medical Marijuana is legal, prescribe Cannabis as a natural alternative to prescription medicines, as it relaxes the mind, which in turn can reduce blood pressure and allow the user to get more rest and sleep.

See all the Medical Marijuana Seeds for reducing anxiety by clicking the picture. 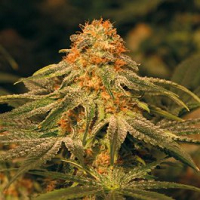 For those people that suffer insomnia, sleeplessness or just have trouble getting a restful nights sleep, there are several Cannabis strains that can help relax the mind and body, helping to induce sleep.

Certain sets of cannabinoids affect the areas of the brain that controls relaxation and sleep, these compounds mimic the brains natural chemicals making the user feel lethargic and tired, aiding rest and sleep.

Using Marijuana to help combat insomnia reduces the need for prescription medication and can help those with even the most serious sleep deprivation problems. Indica varieties contain more of these compounds, inducing a ‘body-stone’ rather than a stimulated cerebral high. Find all the Medical Marijuana Seeds for insomnia by clicking the picture.

We all suffer from stress in our lives, but for some people it builds up to a point that it becomes a controlling factor, increasing anxiety and tension. Left unchecked, high levels of stress can harm both your mental and physical well-being.

Using Medical Marijuana has been proven, through medical research, to reduce stress and anxiety levels, allowing the user to feel more positive and relaxed.

This in turn can lower blood pressure, decrease muscle tension and help to increase the appetite, enabling the user to enjoy a relaxed state of mind.

Click the picture and learn more about Medical Marijuana Seeds for stress. 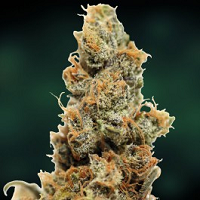 THC is one of the most active cannabinoids found in Cannabis and Marijuana. All Medical Marijuana Seeds vary as to the levels of THC, CBD, CBN and many other compounds, making each strain slightly different and unique, not only in taste, aroma and look, but also in the effects it produces on the user. 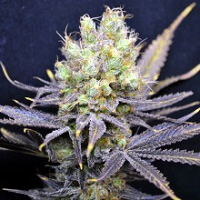 CBD is an important part of the cannabinoid pattern of a plant. Raising or lowering the levels of CBD can increase or decrease some of the effects felt by THC.

Currently many of the Medical Marijuana Seeds companies are increasing the CBD levels as this has proven to have positive benefits for many ailments where the use of medical marijuana has been prescribed.

By altering the ratio of THC and CBD the medical benefits can be enhanced, while leaving the user in a relatively unimpaired state of mind. Allowing them relief from the symptoms they are suffering, without making them feel too stoned or high.

Find out more about Medical Marijuana Seeds with the Highest CBD levels by clicking the picture.