It has been suggested by a new study, that smoking Medical Marijuana may well, as many suffers already know, alleviate and reduce the symptoms of Multiple Sclerosis. 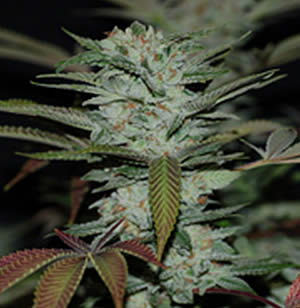 Although the smoking or inhalation of Medical Marijuana vapor had the effects associated with Marijuana such as euphoria, attention deficit and loss of perception and focus, researchers from the University of California where the test were conducted, concluded that suffers of Multiple Sclerosis who used Medical Marijuana suffers lower levels of pain and an easing of the muscles.

The tests were conducted under a controlled environment and later published in the Canadian Medical Association Journal. Of the selected 30 people test group, 63% were female, with an average age of 50. More than 50% could not walk without the use of an aid, with 20% requiring a wheelchair.

The results concluded that the percentage of the group given cannabis, as opposed to a placebo, had both decreased pain and muscle tension. However, they also enjoyed the euphoric and happy, relaxed feelings that came as a natural side effect of using Medical Marijuana, but over a period of hours the feeling did subside.

With the slow acceptance that there is a place in modern society, and medicine, there are now a total of 16 American States that have reduced the prohibition on both the consumption, and the growing of Medical Marijuana Seeds.

Multiple sclerosis is an autoimmune disease of the brain and spinal cord, according to the National Institutes of Health. It occurs when the myelin sheath, which is responsible for protecting nerve fibers, is damaged, causing symptoms of cognitive problems, muscle weakness, disturbed vision, strange touch sensations and balance and coordination problems.

While there’s no cure for the condition, current treatments for multiple sclerosis attacks include taking drugs called corticosteroids and undergoing plasma exchange (where blood cells and plasma are mechanically separated), according to the Mayo Clinic. Other drugs and even physical therapy can help reduce symptoms or even slow the disease down.

Alternatively, if you feel you can endure the ‘high’ or ‘stoned’ sensatations that the inhaling of Medical Marijuana creates, there is little reason to doubt the pain relief that it can bring. There are a variety of Marijuana seeds and strains available, finding one that suits your symptoms and lifestyle is often a matter of trial and error. Some are very strong and care should be taken as they may influence your focus and mental capacity to a degree.